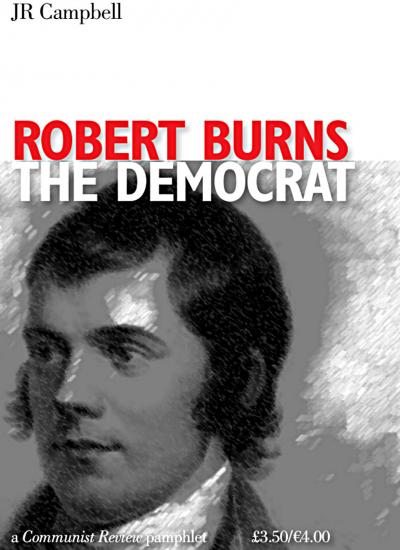 JR Campbells's Burns the Democrat was first published by the Scottish Committee of the Communist Party in 1945. The pamphlet was then reprinted in 1958, with some alterations, as Robert Burns the Democrat, to commemorate the bicentenary of the poet‟s birth in 1959. That edition in turn was reprinted in 1985 by Clyde Books, the Scottish Committee‟s bookshop, as a contribution to the celebrations around the bicentenary in 1986 of the Kilmarnock edition of Burns‟ poems.

However, that last edition has been out of print for many years, and on the occasion of the 260th anniversary of the poet‟s birth, on 25 January 2019, this republication of the 1958 edition with a new foreword, explanatory notes and an added glossary, provides an opportunity to make the text available to younger generations.