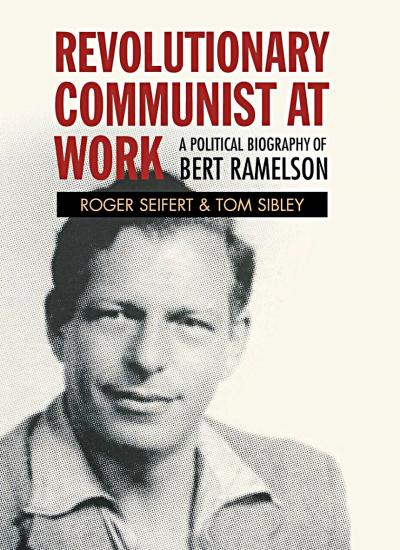 Bert Ramelson (1910-1994) was a remarkable man who lived through remarkable times. Born into a Jewish ghetto in pre-1917 Ukraine, he went on to become Britain's foremost communist during the turbulent years of industrial strife in Britain in the 1960s and 1970s.

Ramelson arrived in Britain in 1938, having fought for the republican cause in the Spanish civil war; and after serving in the second world war he settled in Yorkshire. But it was his appointment as the Communist Party's National Industrial Organiser in 1965 that brought him to national prominence. During this period he received the accolade of being named by Harold Wilson as the most dangerous man in Britain.

This book documents Ramelson's life, and particularly focuses on his crucial role in heydays of the British labour movement in the 1960s and 1970s.

Author Tom Sibley has kindly offered copies of his biography of Bert Ramelson for sale at the special price of £7.99 excluding postage. All funds raised will go to the Communist Party centenary appeal.