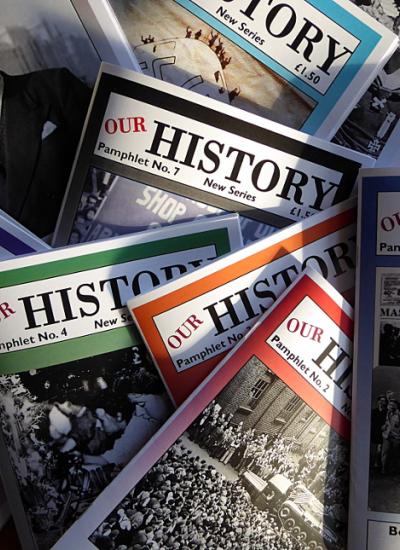 Get the 15 edition first series of Our History pamphlets for just £10, excluding postage and packing.