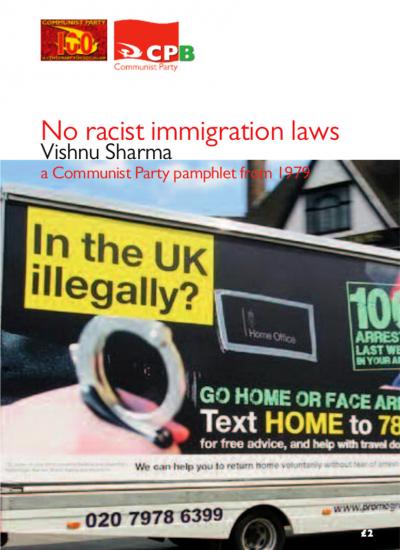 A pamphlet written over 40 years ago is often worth rereading for historical reasons. Vishnu’s pamphlet however is more than just of historical interest, it also contains within it the demands that the anti-racist movement must take forward today.

In the year of the Communist Party’s 100th anniversary we invite you to read this 1979 pamphlet and join with us and others in the battle for a democratic, non-racist Nationality Act.

Only available in digital format.